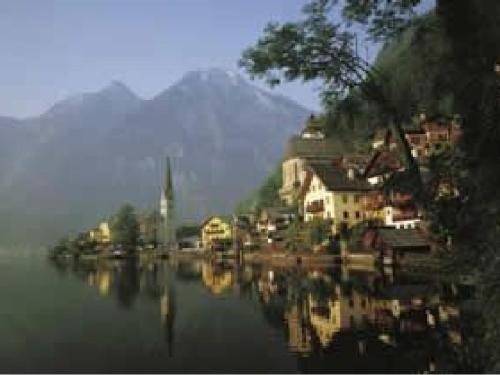 As the Celtic name for 'salt', which is 'hall', already indicates: The mountains around of Hallstatt contain plenty of the "White Gold"

The mining of salt in Hallstatt can be traced back until the Iron Age, about 1.000 B.C. It is the so-called "Hallstatt culture" that flourished in this area and its remains are still subject of archeological excavations. The Adlerhof is ideally located for a day trip to Hallstatt: From the main train station in Salzburg, Hallstatt can be reached by public means of transport within 2 hours. A bus leaves from the train station to Bad Ischl, where you have to change from bus to a train, directly to Hallstatt.

A more convenient - although more expensive - way to visit Hallstatt and the Lake District, is joining the Hallstatt Tour. After hotel pick-up you are taken through the Lake District to Hallstatt. The tour lasts about 8 hours and costs around Euro 90 / person. 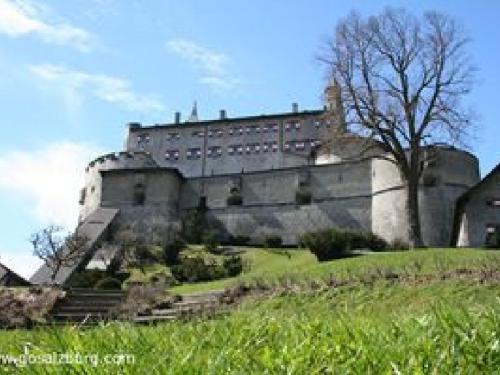 Majestically the Fortress of Hohenwerfen reigns over the narrow Salzach river valley.

Built in the 11. century, the Salzburg Archbishops used this well fortified fortress to control all goods and ressources (mainly ore and salt) that were shipped on the Salzach river. Today, Hohenwerfen is a museum where you can still see its armory, dungeon and the local sovereigns representational chambers. Besides these sights, exhibitions of the Fortress' history as well as a falconry can be visited.

From Salzburg, Hohenwerfen can easily be reached by public means of transport. From the train station trains run regularly to the village of Werfen, wich takes about 45 minutes. By car, Werfen can be reached over the highway within 30 - 45 minutes from Salzburg 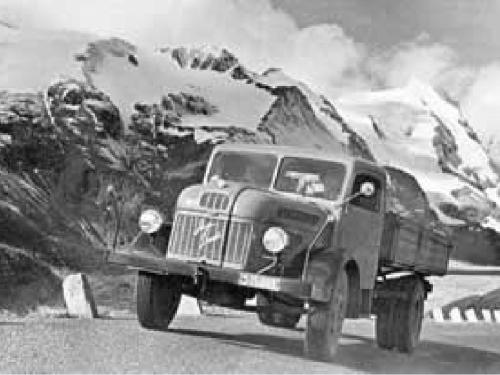 With its 3.798 metres the Grossglockner is not only Salzburgs but also Austrias highest mountain.

First conquered in 1800, it is much easier to reach the Grossglockner's top nowadays, as an alpine road was built up there in the 1920s. The alpine road winding up the Grossglockner is a technical masterpiece, built mainly by hand in the 1920's to provide (hard) work for thousands of unemployed citizens and as a future tourist attraction (!). Numerous spots along the road show the history of former road construction in the high alpine region and give an insight into the Grossglockners rich plant and animal life.

From Salzburg, the Grossglockner can be reached within 1 1/2 hours by car. Altough a visit to the Grossglockner should be planned as a full day tour. There are also organised bus tours available upon request to reach the Grossglockner. The tour lasts about 8 - 9 hours and costs about 80 Euros. According to its height, the road is closed during winter and wheter it is open in spring and autumn depends on the current weather conditions (danger of avalanches!) 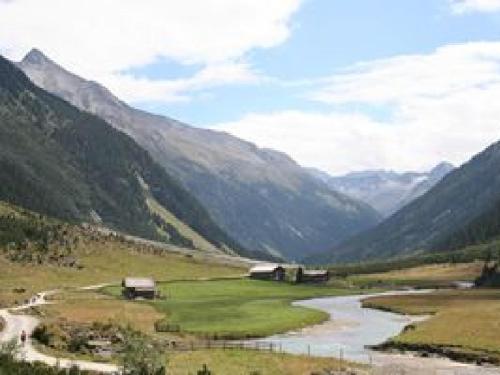 The Krimmler Waterfalls are a hidden spot, but of true natural beauty. Embedded in a wildly romantic mountain vally, Europes highest waterfalls plunge about 400 meters right from the mountain into the valley below.

Right next to the waterfall, a path winds up to the mountain valley above, where the calm river flows, but suddenly turns into the torrential falls. The Krimmler Waterfalls are a great spot for a one or two day excursion from Salzburg. It takes about 2 1/2 hours to reach the falls, which are located right in the middle of Austrias largest National Park, the national park "Hohe Tauern". Unfortunately it is a bit difficult to get all the way to the falls by public means of transport…

Once arrived at the Krimmler Waterfalls, it takes about 2 walking hours to reach the top of the falls. Alternatively you can also take the "Waterfall Taxi" that just takes 30 minutes to the top and costs Euro 8.
Previous
Next